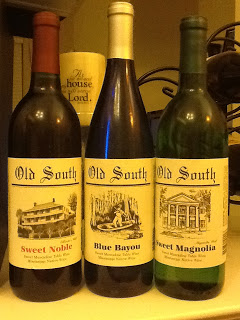 I guess you can say that my love for wine began when I was a child.  Yes, a child.  However,  it is not what you think.  It comes from being the grandchild of a very talented, resourceful and entrepreneurial man; my grandfather, Levanders.  Amongst the many things he did to provide for his family and teach us all new and wonderful things, I remember the grapes.  Muscadine grapes to be exact.  Sometimes they were green.  At other times, they were black.  I can recall how juicy sweet the grapes were.  My grandfather and a friend would use some of the grapes to make wine.  He made a special “wine”, as he called it, for my cousins and I.  It tasted like Muscadine Kool-Aid to me!! But if Poppy said it was “wine”, then so it was.
When I became old enough to venture into the Liquor stores, there was only one that became my absolute favorite.  McDades Wine and Spirits in Jackson, Mississippi (if you haven’t already guessed it, Miss Magnolia is a Mississippi native!).  I loved this store.  Even though it was on the other side of town from where I lived, when I was looking to stock my “bar”, to McDades I went.
A quaint establishment, it is possesses a great variety of wines. (At the time, I was much more into the spirits section!)  It was always very neat and well organized.  The staff is very knowledgeable and attentive to your needs.
On one visit, while searching for a particular mixer, I came across a selection of wines called Old South.  Upon a closer inspection………Muscadine Wines!!!

I got so excited!!!  The first thing I thought about was my grandfather’s Muscadine “wine”/Kool-Aid!!  I must have grabbed one of each type of wine they had; which is much more that what is pictured above.  I even left the store without the mixer I had come to get in the first place.  I was very anxious to get home and open my first bottle.
After rushing home with my wine and newly purchased wine opener,  I sat all of the bottles out on my kitchen counter.  I slowly and carefully admired each one.  I felt like such a Southern Belle having wines with such names as Sweet Magnolia (which I am ;0) Ha Ha), Miss Scarlet, Blue Bayou and Sweet Noble.  The first one I decided to try was the Sweet Noble.  After struggling for several minutes to figure out how to operate my wine opener, I was finally able to open my treasure.
I pulled out one of my best wine glasses. As I poured the wine into my glass, the scent of Muscadines began to fill the air in my tiny kitchen.  I can recall thinking how it did not quite smell like the Kool-Aid I remembered, but wonderful just the same.
My first sip was more like a gulp (still in the Kool-Aid frame of mind I guess).  And just like that I……YUCK!!!!!  It was absolutely nothing like the Muscadine flavors I had savored as a child.  So, I pushed that bottle to the side and opened another.  This time the Sweet Magnolia. Surely, this one had to be it.  I opened it, poured me a SIP this time, and took it in.  Not as YUCKY, but still not as I had remembered.  Then I thought to myself, it was just a sweet juice my Poppy had made for us kids.  But what was made and shared with the adults may have been a little more potent!!  What they had really WAS wine.  And what I was now having as an adult, really WAS wine too!!  I wasn’t sure if I should be angry that I had purchased all this wine that I no longer wanted; or if I was just tickled at myself for thinking my new wine would taste like Muscadine Kool-Aid!  I pushed the bottles to the back of my counter and left my kitchen feeling disappointed.
After several days of looking at full bottles of wine taking up all of my counter space, I decided to call my cousin, Mario.  I couldn’t take the open bottles back to the store anyway, so I might as well drink up and share.  I knew Mario could help take some of this inventory off my hands.
The first thing he fell in love with was the Sweet Noble (he still loves that one).  After sharing a few glasses with him, I began to like it myself.  I soon discovered that, for the most part, wine is an acquired taste.  The palate has to be trained.  And the best training is, of course, tasting wine.
So, where am I now with the Old South Muscadine wines??  Every time I am able to make a trip home (living in California now), I stock up on my Old South Wines and ship them home with my luggage!!
Since moving to California, I have spent the past few years falling in love with wine.  Wine has even taken precedence over my Barbie collection (never thought I would say that)!  From reading books, to touring Wine Country and shopping for great deals, my hobby world has officially been consumed!!
Cheers and Smoochez!! 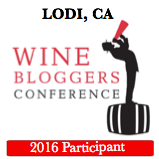